If you have lots of handcrafted awesome scripts for Fish shell and constantly improving it, you also might be interested in this one.

When you type src [command] (autocompletion works here!), it will open script file in $PATH, Fish function or alias definition in your favorite text editor.

Don't try to save money on cables. Buy something good and reasonably priced, like Anker or consult list of good cables.

Double Commander doesn't look as bad as at first glance if you configure it properly! Looks modern, right?

And it's still the best file manager in Linux. Tuning and configuration possibilities are endless. If you invest some time learning non-always-obvious configuration, you can make it work exactly as you want. Sweet.

See this animated gif for example.

⚠ UPD: This is kind of outdated. Read about how to create your own web stats in the age of GDPR and Ad Blockers.

What if you want to know a little about your website visitors, without full-on creepy surveillance and 1, JavaScript controlled by the third party? Or don't have JavaScript on the page at all? Just you know, to be aware if anybody is reading your blog at all.

This is kind of outdated infromation. Nowdays you probably want use Cloudflare or roll your own webstats)

I don't want to track every your mouse movement or know browser or resolution. Just visitor page views, please.

So almost every Web Analytics (except Google Analytics, of course) - Clicky, Yandex.Metrica or StatCounter, have an alternative image in <noscript> to track rare visitors without JavaScript enabled.

Put this image, somewhere in your template, and you will still get insights!

By the way, why does everybody need to bring tons of code to show little share button? Whats wrong with old good <a href=...?

Very busy, but still want to get notified about really important news like Meltdown or Heartbleed?

Just query 3 lastest topics from Hacker News, with rating > 1000. You can format it nicely using jq, and add it as greeting message for your shell, using this simple script ↓

Remember WordArt? Miss these cool creative headers in the modern world, where all sane people write their documents in Markdown? Pro tip, you can achieve same expressiveness by using FIGlets!

You can generate it online, commandline or even find plugin for your favorite text editor!

Don't forget to indent it with 4 spaces, to preserve monospaced font when compiling to html.

Don't underestimate how useful Clipboard Managers, and especially Clipboard Manager Actions could be. It allow you to link applications not connectible by other ways. For example by hotkey: 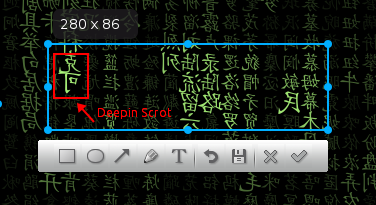